Enjoy Giving Back this Festive Season

Enjoy Giving Back this Festive Season

Tis’ the season to be jolly and the spirit of giving is all around, for me, Christmas is my favourite time of year and as soon as December 1st, I can feel a shift in the energy of people all around me.

But there are so many more ways to give back this Christmas other than just popping a pound in a charity pot or buying an excessive present for somebody just to out-do last year’s gift.

I’ve spent the last 5 years spreading kindness all around the world and in that time, I’ve realised that giving your love and time is far more valuable and impactful that anything else in the world.

So, below, I’ve put 5 festive ways you can spread kindness this Christmas; go forth and pay it forward! 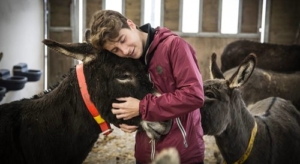 Yes yes, we’re all busy. But giving money these days is just so easy and, in some cases, not as thoughtful. With modern technology even allowing you to ‘tap to donate’ giving cash has never been so readily available. But where you can make a real, impactful difference is giving your time. If you want to feel particularly festive, I guarantee adorning a red Christmas hat and rolling up your sleeves will even warm the heart of the most inner Scrooge. 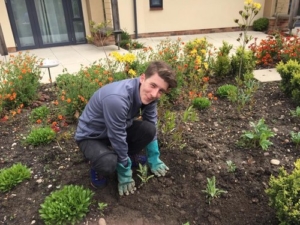 There are plenty of places to donate your time too, the simplest of ways is to just jump on google and do a quick local search of charities, soup kitchens and homeless shelters in your local area. Send them an email, a phone call or even a tweet to see how you can get involved! 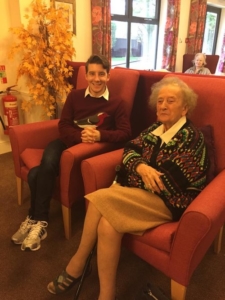 This year loneliness among the elderly reached an all time high. It was reported that over half (51%) of all people aged 75 and over live alone, two fifths all older people (about 3.9 million) say the television is their main company (Age UK, 2014) and 63% of adults aged 52 or over who have been widowed, and 51% of the same group who are separated or divorced report, feeling lonely some of the time or often.

It’s a problem, that much is clear. But nobody wants to be alone, especially at Christmas. So, take some time to find an elderly neighbour and go round with a tin of biscuits or a Christmas fruit cake for a chat and a cuppa. It really will make such a huge difference to them.

I know, I know, we all lead busy lives and in the run up to Christmas there’s so much to do, but we’re not getting any younger and one day we’ll be old and looking out the window at a time when we were rushing around, wishing you had somebody to talk too.

So go that buy a pack of biscuits, pop on your Christmas hat and visit somebody who needs company, because that will be the best gift they receive this festive season.

Making amends is the one good deed I’ve gone back to year after year. None of us are perfect and as such, friendships and relationships come and go. But if there is anything I’ve learn from my ‘good deed journey’ is that by cleaning your side of the street means you can live a happy and healthy life, both physically and spiritually.

This festive season, make amends with somebody past or present who you need to close a chapter on. It might be a “Hello, we’ve not spoken in a while”, a “I’m just calling to see how you are” or even “I’m calling to apologise” (even if you were in the right).

Taking that weight off your shoulders is truly one of the most liberating experiences you can give yourself, let alone anyone else. 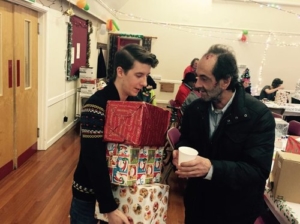 Without a doubt you’re about to be inundated with presents, am I wrong?

Take a little time to go through your wardrobe and cupboards and make a little room for all those shiny new things you’re about to get.

As they say, one man’s trash is another man’s treasure and the stuff you no longer use or wear could be perfect for somebody in need. Bag it up and take it over to a local charity shop or homeless shelter where your donations will be gladly received.

5. Give Love, Not Presents

We live in a world where we can get pretty much anything, at any time. We’ve also been conditioned into giving excess year after year, trying to beat last years present and spending hours on the internet, social media and walking around shopping centres in a mad dash to find the ‘perfect present’. But the best gift you can give, this year and any year, is your love.

Whether that be spending time with friends and family, making a home-made gift or creating memories that will last a lifetime; we can all buy things, but we can’t buy memories.

Cherish those around you this Christmas and remember, love is all around.